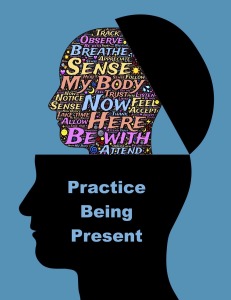 In my previous post about DBT and Zen Buddhism, I mentioned an important concept called radical acceptance. Today I’d like to explore it in greater detail.

Psychologist and DBT practitioner Karyn Hall defines radical acceptance as “accepting of life on life’s terms and not resisting what you cannot … change. Radical Acceptance is about saying yes to life, just as it is.”

Pretty radical idea, huh? (Pun fully intended.) And it’s a really hard one to embrace — or at least it was for me when I was enrolled in a DBT program. “It’s not fair!” went my frequent refrain.

“Maybe not,” my therapists would respond, “but it’s the reality of what’s happening right now.”

“But I’m committed to social justice! I don’t want to condone unfairness.”

They were quick to point out that radical acceptance does NOT mean condoning the reality at hand as just or right, but simply accepting the reality as existing, rather than banging your head against the wall and emotionally resisting.

DBT founder Marsha Linehan points out that radical acceptance requires trading “willfulness for willingness.” It is only then, she says, that we can detach from our suffering and actually create a plan to objectively problem-solve.

I’m a pragmatic person, so the idea of radical acceptance calming my fired-up emotions and allowing me to get into a headspace (“Wise Mind”) where I could enact change where possible and accept what was unchangeable was appealing to me. (Some echoes of the Serenity Prayer there …)

Since my time in the DBT program, I’ve faced a lot of injustices, and I’ve had to practice a lot of radical acceptance. I’ll admit to feeling a bit of Here we go again when my current therapist says it’s a “perfect time” to use that skill, but I still try my best so that I can quiet my mind and take it from there.

Want to receive more updates from me, including an exclusive short story? Sign up for my email newsletter here.